An Off the Page and Curious Grin production; February 2015 @ Keble O’Reilly Theatre, Oxford 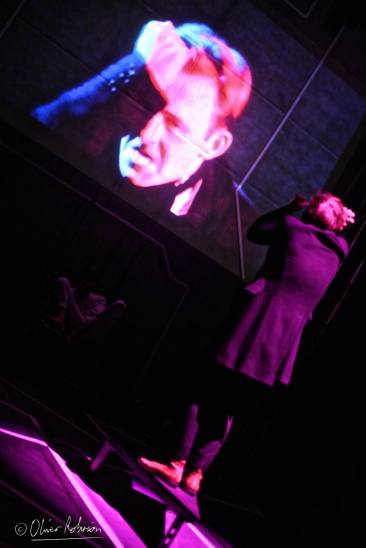 In February 2015, I directed and co-composed the soundtrack for a brand new production of Shakespeare’s epic tragedy, King Lear. The show was an Oxford University student production, co-produced by Off the Page and Curious Grin Productions.

See below for information about the show, video clips and excerpts from the soundtrack. You can also watch the trailer here:

“quite-breathtaking: a truly visceral King Lear with an ambitious vision that adds a real power to the piece”
“the play is testament to brilliant direction—most scenes are choreographed to near-perfection”
“a stellar piece of theatre… an intense and visceral experience that draws out the chaos and cruel indifference of Lear’s world and boldly projects it on stage”
Oxford Student
*****

“extraordinarily successful… a technologically immersive Lear”
“an imaginative and innovative staging of King Lear. The multimedia elements… were superb throughout”
The Oxford Culture Review

“A man may see how this world goes with no eyes. Look with thine ears.”

This multi-media production of King Lear strove to provide a visceral, synaesthetic experience that provoked and challenged. With a focus on sensory perception and immersion, the show included extensive use of live filming and ambient soundscapes, inviting audiences to actively engage with and question what they were seeing, hearing and feeling. Set in a post-apocalyptic world of fear and insecurity, we explored what man is capable of when stripped of social convention and allowed to yield to primal urges. We created a sounding and feeling Lear that made visceral the harsh edge of Shakespeare’s most gritty tragedy.

With its distinctively ambient aesthetic, the show sought to emulate digital media, most especially the neo-noir genre of film popularised by directors such as Nicolas Winding Refn. Extensive use of cinematic montages lent visual and sensual cues to the onstage action, whilst interrogating and fetishizing the sense of individual identity through the camera’s voyeuristic lens. Stephen collaborated with Ben Hopkins to provide an electronic, ethereal soundtrack, taking inspiration from artists such as Cliff Martinez, Burial and Aphex Twin; whilst also paying homage to the retro synthpop of the 1980s. The sparse and industrial set was ambiently lit with blues and hot pinks, conjuring up the surreal nature of the Lear universe we were seeking. Through this hyper-stylised blend of interplaying media and ultra-violence, the production made tangible the darker side of the human psyche and the animalistic impulses of the play’s characters.

In this harsh world of anonymity, Lear was a sickly ruler struggling with his own sense of identity and the impending fear of death. The camera-wielding Fool – elusive overseer of this chaotic universe – acted as the psychological counterpart to Lear and the other half of his ailing mind, unseen by everyone except the king. Splitting Lear’s psyche across two characters allowed us to actualise his mental breakdown, the Fool being brutally beaten to death by the masked chorus at the height of Lear’s madness. Ever-observing but never intervening, the Fool was a sad figure, mournfully watching the dissent of the people he had created. Whilst ostensibly an omnipotent creator who populated the universe, he wielded no more power than his kingly counterpart, letting the characters shape their own tragic destinies.

King Lear ran at the Keble O’Reilly Theatre in Oxford from 25th-28th February. See below for video clips from the show and excerpts from the originally composed soundtrack. 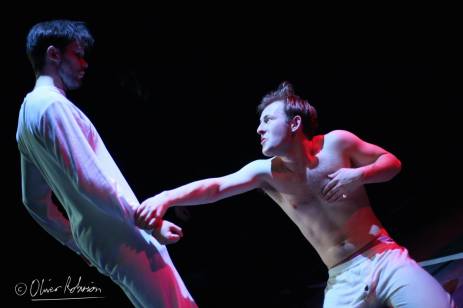 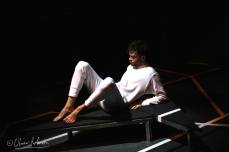 Have a listen to some of the music featured in the production:

All tracks composed and produced by Stephen Hyde (except Gloucester’s Eyes, The Younger Rises and The Battle co-composed with Ben Hopkins); edited by James Percival

Video was used in the show both in the form of live filming and pre-recorded clips. Have a look below at some of the surreal montages that were interspersed into the action: 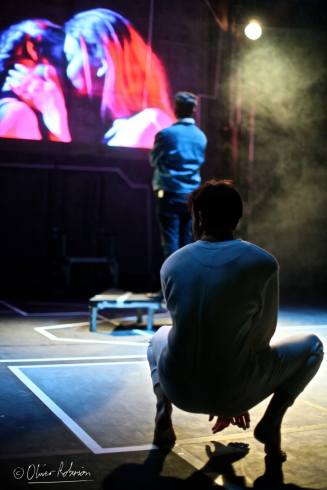 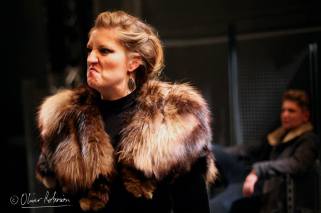 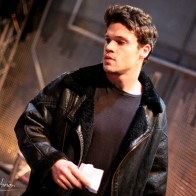